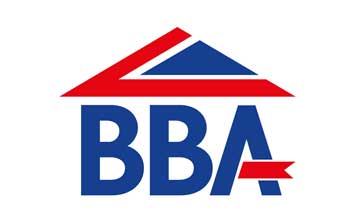 As of January 1, 2021, the United Kingdom is no longer part of the European Union. The process of detachment of Great Britain, known as "Brexit", took place, under various aspects, in a "no deal" way, that is, without a precise agreement between the parties, which regulated mutual relations and consequently commercial exchanges.

In order to govern the placing on the British market of construction products, the UK authorities have set up national qualification schemes, in particular the so-called UKCA brand. It replaces the CE marking for placing construction products on the market in England, Wales and Scotland.

Those who CE mark on the basis of an ETA will have to convert it to the UKTA Anglo-Saxon version.

Finally, with regard to Northern Ireland, the CE marking allows access to the market, however, only for British manufacturers, there is a need for an additional mark called UKNI to complement the CE marking.

At present, the reference technical standards for evaluating performance and keeping them under control are the same as those adopted for the CE marking, although it is to be expected that differences may arise over the course of future years.

ICMQ has recently started a collaboration with the British body BBA - British Board of Agreement, as ICMQ strongly oriented to the construction sector.

This partnership is aimed at facilitating client companies in the process of obtaining new brands, for the purpose of exporting to Great Britain, optimizing the activities and audit documents, so that they can be usefully used also for obtaining the brands. UKCA / UKNI and consequently allowing the containment of certification costs.

For detailed information on the operating procedures and costs relating to UKCA / UKNI certifications, it is possible to contact the ICMQ Product Certification sector.

ICMQ is a third-party certification body accredited by Accredia and specialised in the construction sector.